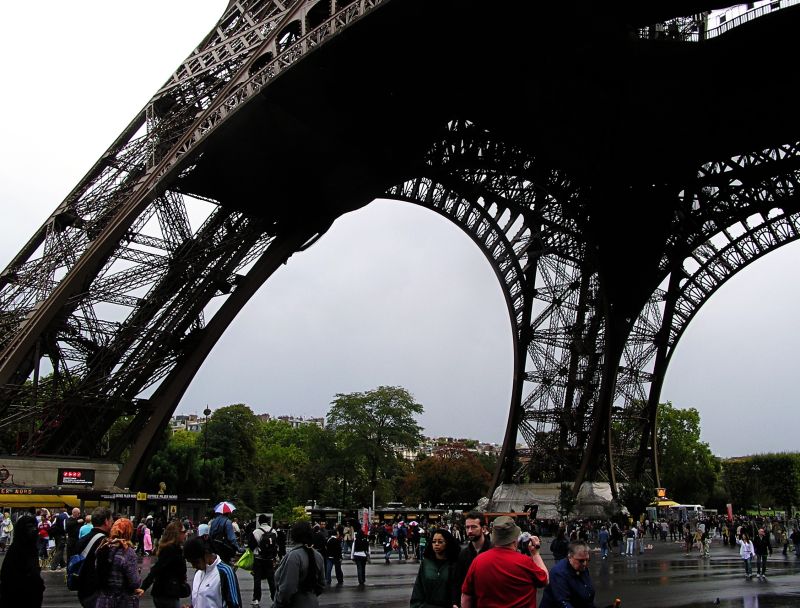 Well... It's been a long time since I posted! Longest break I've ever had from Aminus3. I've had so much trouble trying to get my internet, phone line and then photo software sorted out since my wife and I moved house at the end of August. It's too long a story to go into... but it involves two different companies, rescheduled installations with no notice, and two no-shows for installations - with me wasting two days off work waiting for engineers.

BUT... now I'm back online, and in between the time we moved from Farnham to New Malden, my wife and I had a short trip to Paris (at the end of September). It was my first visit, and I absolutely loved it. So, this post begins a series of shots from Paris, and maybe a change for Digitalguff as I start to move away from photos from Japan. I still have many more shots from Japan in my archives, but maybe it's time to move on...

Well,well.....long time, no see! You had a load of troubles over there which might have not happened IF you had stayed here. But the trip to Paris might have made the unpleasant situations more......bearable...let's say...
About Paris....I'd fly there tomorrow if I had the money for two tickets! Rain or shine, Paris IS Paris! I can say, with all my heart, that I felt...at home! (Of course, speaking French...it helped!)

@Japanalia: It's a wonderful city hey Gabriela? It's certainly true that customer service is a very different thing in Japan...

wow . . welcome back ! We all know what it is like to deal with those companies so I sure sympathize. But, Paris, yes, please ! - this is gonna be good.

Glad you're back, Daryl. A beautiful shot of Ms, Eiffel and the crowds. Move on if you must but, I would be happy seeing more of your images from Japan.

@Steve Rice: Thanks Steve... I will definitely get back to the Japan shots...