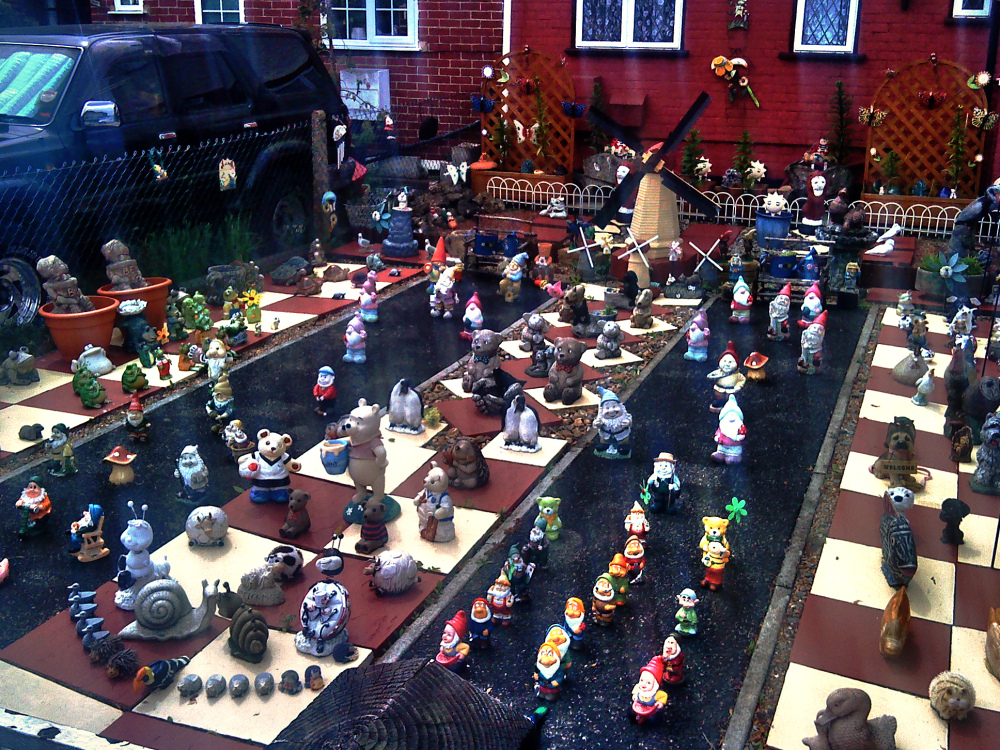 I've got a load of random archive images I've never used, so I think I'm going to have a New Year 'clear out' and go through them - haven't really been out with the camera recently...

A fairly typical example of how British people decorate the front areas of their houses. This is done to honour the Magic Folk from the Forest, in the hope that they will look favourably on the household and not hex them.

With the increasing popularity of motor cars over the past 10 -15 years, more and more British households are converting the front areas of their houses into a space where they can leave their car overnight (or "driveways", as many now refer to them).

While it's hard to argue against the march of progress, many people lament this abandoning of the old ways, and feel that this failure to appease the woodland sprites will lead to failure of harvests and infestations of toads.

One of my images was selected for the "Snow Sports" Spotlight Theme - http://www.aminus3.com/theme/snow-sport/

Just imagine coming home late and reversing into the wrong driveway . . y'd sure get an infestation of toads for that !

@Ronnie 2¢: Not worth thinking about Ronnie...!

I wonder if any of these go off "on holiday" !

Quite an impressive decoration, but not for me Daryl!

@Richard Standley: Me too Richard!

There are enough gnomes to protect the entire neighborhood. ;-)