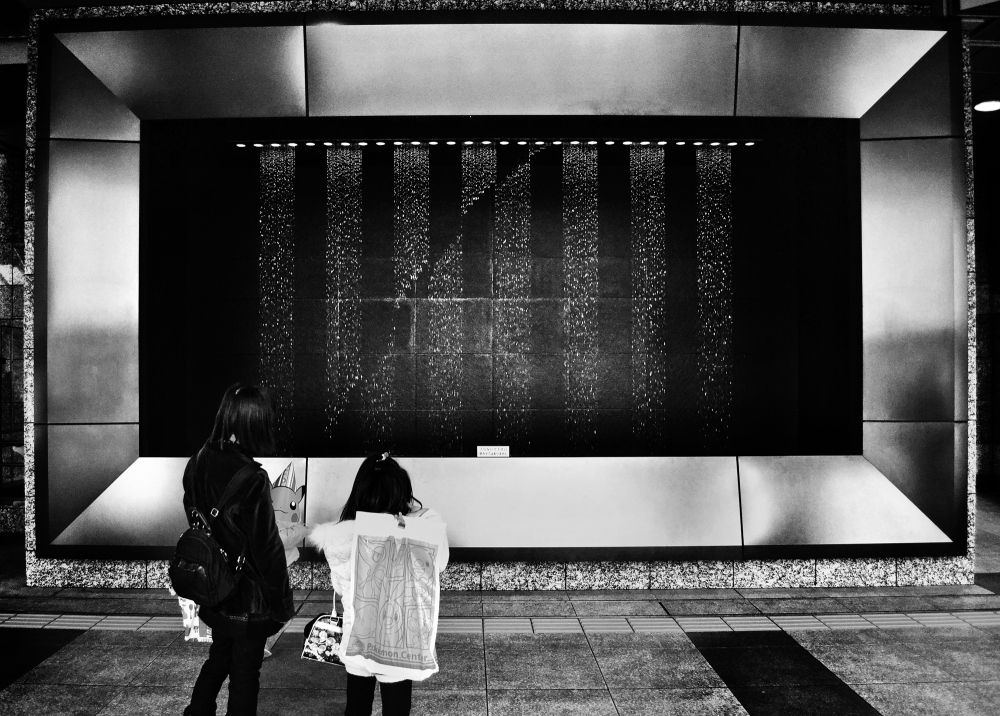 Outside the new JR Osaka station, which is part of the massive redevelopment of this area of Umeda, Osaka. I had a wander round the station complex to see how much it had changed since I lived in Japan, and took quite a lot of photos...

Excellent compo, B and W and framing.

A lovely shot of the fountain and onlookers.

Stu from From Scotland | Living in 京都 Kyoto, Japan

I haven't been down there for ages. I'll need to go through and see what's what.

@Stu: I've got a few shots coming up Stu of the area.

I've never been to Osaka!

@Japanalia: If you live in Yokohama, not really a worthwhile travel destination! But I enjoyed living here.